LiteBreeze India has over 16 years of PHP / SQL development expertise

We live and breathe PHP. Our developers work with PHP every day. We’ve built hundreds of successful PHP applications over the last decade and a half.

PHP is the world’s most popular programming language for custom web application development. And for good reason: it’s stable, fast, and easy to work with.

LiteBreeze has experience of several PHP frameworks. Since 2017, the Laravel framework is our favourite. We also work with CodeIgniter, Zend framework and Symfony.

We are fanatical about PHP – from programmers to management. Our Swedish CEO has experience in PHP programming since 2001.

We can build fast, reliable, creative PHP solutions for your business need. Speak to one of our experts today to discuss solutions to your toughest business challenges.

Discover how we can make your project a success. Here’s a summary:
Read More

These are two of our clients. You can browse more PHP projects here

Yes! PHP has come a long way since 1995, and as of 2017 it is very stable, secure and well-maintained. Especially when coupled with a mature PHP framework.

Why choose PHP over .NET?

This could be debated at great length, but one reason is that PHP is often cheaper. Developers don’t need licenses for Visual Studio and Windows servers. There are more PHP web developers out there, pushing prices down and making it easy for you to change developers if needed.

Our project is a highly customized PHP solution that we have worked on with LiteBreeze since 2009. We are happy with the services provided by LiteBreeze and we feel that service and technical capability is continuously being improved. 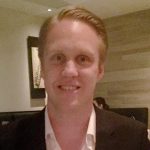 LiteBreeze developed our business software by providing outstanding service. They exceeded our expectations. I highly recommend LiteBreeze if you plan to build your complex yet effectively manageable cloud-based business application. 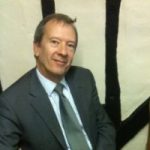 One of the most widely used server side scripting languages.

PHP was primarily built and designed for web development. It’s grown into a general-purpose programming language.

Why does LiteBreeze develop in PHP?

PHP is active since 1995 and has several implementations for faster processing. PHP is highly scalable and has multiple extensions. Furthermore, there is a choice of coding.

Traditionally, the primary stack which we have used for PHP products is LAMP (Apache and MySQL). These days we often recommend LEMP. We replace Apache with the faster web server NGINX, and replacing MySQL with MariaDB.