LiteBreeze India was established in 2004.

Vue.js is a progressive JavaScript framework. Its popularity has increased steadily since its launch in 2013 and today it is a fast-growing JS framework for good reasons. Companies such as Alibaba, Grammarly, Adobe and Reuters use it.

The main benefit is increased interactivity and time-saving properties for developers. Vue.js borrows bits and pieces from other modern JS frameworks such as Angular and React. Vue.js is still less commonly used than React and Angular but that might change in the future.

Vue maintains great documentation, cookbook, components, chat rooms and support. Such an open community saves you time and money as a buyer of Vue.js development services. Build a web application that lasts and stays modern for long with Vue.js.

LiteBreeze uses Vue.js for certain projects and it’s the JS framework that our JavaScript developers use the most right now. So if you are looking for Vue.js experts, send us a message today.

Your success is what matters

Discover the detailed list of how we make your Vue.js project a success.
Read More

We trust LiteBreeze with all our web development work in Siren and Acta Publica. They developed the archive service for Acta Publica which all Swedish media firms rely on daily. We recommend LiteBreeze for their AWS expertise. 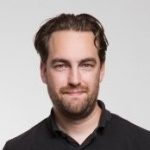 The LiteBreeze team is very professional and efficient, do not compromise on quality. They understood our requirements well and provided swift deliverables within a short time frame. I would highly recommend LiteBreeze to develop complex projects. 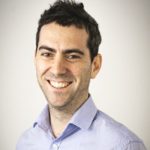